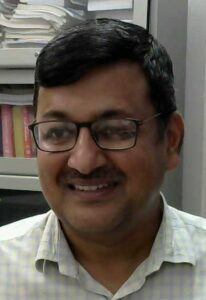 Dr. Dipankar Bandyopadhyay is a B.Sc in Chemistry and B.Tech in Chemical Engineering from Calcutta University. After completion of M.Tech from the Department of Chemical Engineering at IIT Kanpur, he served ANSYS - Fluent India Private Limited for more than 3 years as a CFD Engineer before completing PhD from IIT Kanpur. Presently, he is a Professor in the Department of Chemical Engineering and served as Head at the Centre for Nanotechnology & School of Health Sciences and Technology at IIT Guwahati. He has also served as visiting faculty at Yeungnam Univerisity at South Korea under the WCU Program, and KTH Sweden under the Erasmus Mundus program.

He has authored ~130 research publications in the international journals and has filed 21 Indian and 9 international patents so far. He is also one of the PIs of “Centre for Excellence on the Research and Development of Nanoelectronic Theranostic Devices”, “Centre for Excellence in Disruptive Innovations & Product Development for Affordable Rural Healthcare”, and BioNEST at IIT Guwahati. He delivered Prof. C. V. Seshadri Memorial Distinguished Lecture 2020, IIT Kanpur. He is the recipient of NCL’s Prof. K Venkataraman CHEMCON Award in CHEMCON 2016. He and his group at the Indian Institute of Technology Guwahati is the recipients of Gandhian Young Technology award 2016 and 2019, BIRAC-SRISTI Appreciation Award 2017 and 2021. He is a nominated member of American Chemical Society, Royal Society of Chemistry, and Indian Institute of Chemical Engineers.