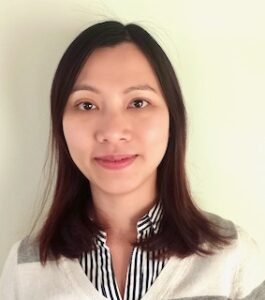 The University of Hong Kong, China

Dr. Edith Ngai is currently an Associate Professor in Department of Electrical and Electronic Engineering, The University of Hong Kong. Before joining HKU in 2020, she was an Associate Professor in the Department of Information Technology, Uppsala University, Sweden. Edith was a guest researcher at Ericsson Research Sweden in 2015-2017. Previously, She has conducted research in Imperial College London, Simon Fraser University, Tsinghua University, and UCLA. Her research interests include Internet-of-Things, machine learning, data analytics, and smart cities.

She was a VINNMER Fellow (2009) awarded by Swedish Governmental Research Funding Agency VINNOVA. Edith was a program chair of ACM womENcourage 2015 and a TPC co-chair of IEEE SmartCity 2015, IEEE ISSNIP 2015, and ICNC 2018 Network Algorithm and Performance Evaluation Symposium, and IEEE GreenCom 2022. She is an Area Editor of IEEE Internet of Things Journal and an Associate Editor of IEEE Access and IEEE Transactions of Industrial Informatics. Edith is a Senior Member of ACM and IEEE.

Edith was a project leader of the "Green IoT" project in Sweden in 2014-2017. The project developed an IoT solution and testbed in the city centre of Uppsala for monitoring air pollution. The “Green IoT” was an award winning project in the Faculty of Science of Engineering in Uppsala University in 2018. It was also named on IVA's 100-list by the Royal Swedish Academy of Engineering Sciences in 2020.