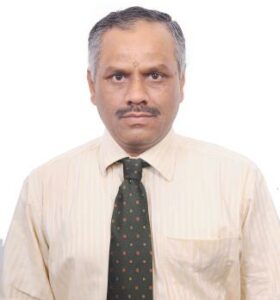 Dr. K. SRINIVAS REDDY obtained his PhD from Indian Institute of Technology Delhi in Energy Studies in 1999. He then joined National Institute of Technology Warangal in June 1999, after a brief service of about 4 years at NITW, he joined IIT Madras in April 2003 as an Assistant Professor. Presently, Dr. Reddy is a Professor of Mechanical Engineering at IIT Madras and he is also an honorary professor at University of Exeter, UK. He also served as an Adjunct Professor at CEERI-CSIR, Chennai during 2014-17

Prof. Reddy is a Fellow of the National Academy of Engineering (FNAE) and Fellow of the World Society of Sustainable Energy Technologies (FWSSET). He is specialist in renewable energy with special research interests on concentrating solar power, energy efficiency and environment. He has 9 patent applications and about 300 publications with more than 7200 citations and h-index of 47, of which, 170 papers in reputed international journals. His co-authored book on “Sustainable energy and the environment: a clean technology approach” Published by Springer and book chapters on solar energy systems are popular among energy and environment community.

Prof. Reddy is actively involved in the implementation of solar thermal technologies for power generation and process heat applications through “Design-Development-Demonstration-Deployment (4-D)” approach. He has secured research funding (about USD15m) as Principal Investigator (PI) and Co-PI of more than 30 research projects related to solar energy, energy & environment and heat transfer areas supported by various Indian and foreign funding agencies such as DST, CSIR, MNRE, AICTE, RCUK, EPSRC, IGCS, UKIERI and ICIMPACT. His work on estimation of thermal conductivity & thermo-physical properties and characterization of engineering materials significantly benefited the industrial associates for development of energy efficient thermal insulation materials. In recognition of his research work, Dr. Reddy received awards such as WSSET Innovation award, the Mid-Career Level Institute Research and Development Award (IRDA) Shri J.C.Bose Patent award and twice, the Bhagyalakshmi and Krishna Ayengar Awards. He also won career award for young teachers from AICTE in 2003. He surved as member in Board of Governors, IIT Tirupati during 2018-22. He is an expert committee member in various selection/ review committees and the Visitor’s nominee for IITs and NITs. As a part of human resource developmental activities, he supervised over 200 UG, PG and Ph.D. students, most of them are well placed and working now in prestigious organizations. He organized several national & international workshops on advanced renewable energy technologies.