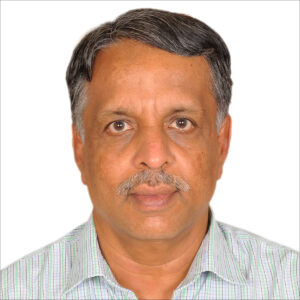 P J Narayanan is the Director of IIIT, Hyderabad and a researcher in the areas of 3D vision, computational cameras, and parallel computing. He built the Virtualized Reality system in mid 1990s at the Carnegie Mellon University to capture 3D geometry and appearance of dynamic events. He also was an early adopter of GPUs for several Computer Vision and general computing tasks. He got his Bachelors (in 1984) from IIT Kharagpur, Masters and PhD (in 1992) from the University of Maryland, all in Computer Science. He was a research faculty member at the Robotics Institute of CMU from 1992 to 1996 and headed the Vision and Virtual Reality groups of the Centre for Artificial Intelligence and Robotics, Bangalore from 1996 to 2000. He has been with IIIT Hyderabad from 2000 and has been its PG Coordinator, Dean of Research, and, from 2013, the Director. He was the President of ACM India from 2009 to 2014 and is a member of ACM's Technology Policy Council.