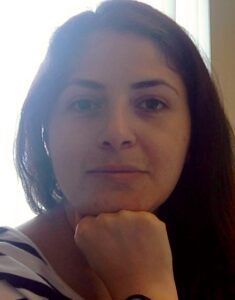 Solmaz S. Kia is an Associate Professor in the Department of Mechanical and Aerospace Engineering, University of California, Irvine (UCI). She has a joint appointment with the Computer Science Department of UCI. She obtained her Ph.D. degree in Mechanical and Aerospace Engineering from UCI, in 2009, and her M.Sc. and B.Sc. in Aerospace Engineering from the Sharif University of Technology, Iran, in 2004 and 2001, respectively. She was a senior research engineer at SySense Inc., El Segundo, CA from Jun. 2009-Sep. 2010. She held postdoctoral positions in the Department of Mechanical and Aerospace Engineering at UC San Diego and UCI. She was the recipient of UC President's Postdoctoral Fellowship from 2012-2014. She is also a recipient of the 2017 NSF CAREER award. Dr. Kia is a senior member of IEEE and serves as associate editor for IEEE Sensors Letters, and also Automatica, A Journal of IFAC, the International Federation of Automatic Control. Dr. Kia's main research interests, in a broad sense, include nonlinear control theory, distributed optimization/coordination/estimation, and probabilistic robotics.