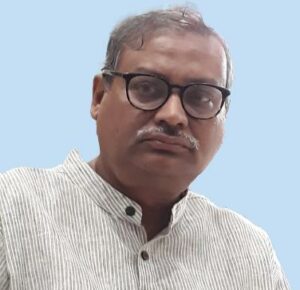 Prof. Tarun Kanti Bhattacharyya is presently Professor and Head of Advanced Technology Development Centre. Also, Professor in E&ECE Department along with Professor-in-charge Microelectronics and MEMS lab, IIT Kharagpur. He has rich academic and industrial experience of 30+ years. He has published more than 200 publications in refereed international journals and 100 in conferences, along with around 9 patents (granted and filed).

He is heading four groups under the multidisciplinary aegis. The VLSI group is hosted at a world-class laboratory with state-of-the-art facilities and an advanced VLSI lab. This also includes state an art VLSI test laboratory developed in collaboration with Keysight Technologies. The nano-bio group focuses on nano biosensors, chemical sensing, disease detection at an early level and drug delivery devices along with energy storage and harvesting. The third one is the high-performance device lab which has state of the art multicluster MBE systems. The fourth group focuses on the development of MEMS-based sensors and actuators for aerospace applications.
Prof. Tarun Kanti Bhattacharyya has been awarded many prestigious awards like as:

He is a member of INDO-US Centre for advanced and futuristic manufacturing, Indo-Japan team on Advanced Micro Nano and Nano Manufacturing Science sponsored by JSPS and DST, Indo-US Frontiers of Engineers (Indo-US FoE), along with PRSG, TPC member of many reputed institutes.

Moreover, Prof. Bhattacharyya has collaborated with many respected professors of the different prestigious universities around the globe like as University of Washington, Seattle; University of California, and Irvine; University of Trento Italy; University of Tokyo; and the University of Twente, The Netherlands in the field of Bio-MEMS, Electrical engineering, Micro/Nanofabrication and the lead role of Principal Investigator and Co-PI of many prestigious funding projects.